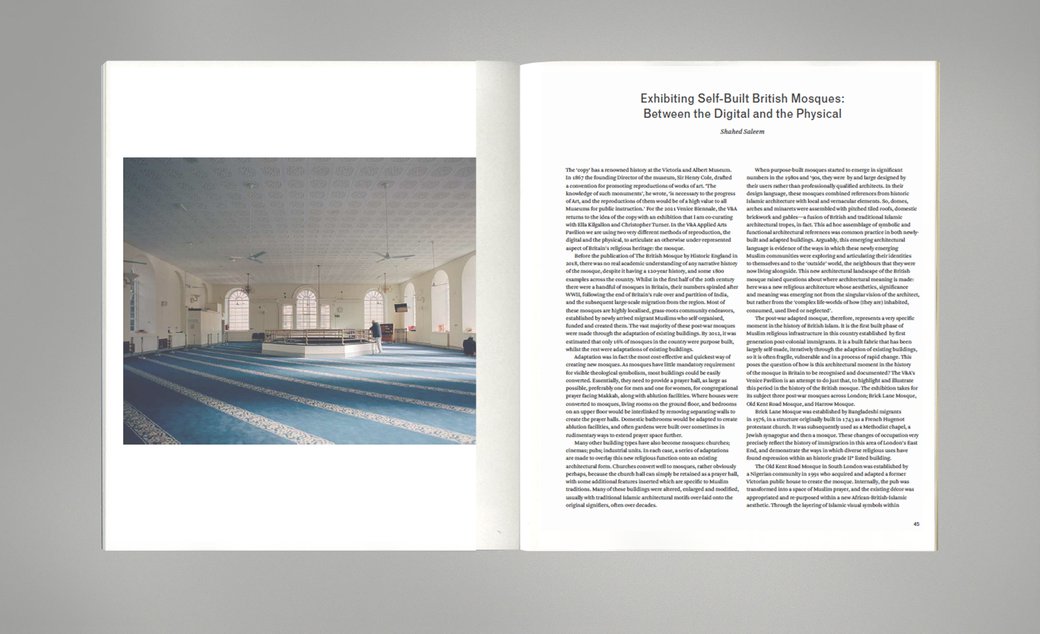 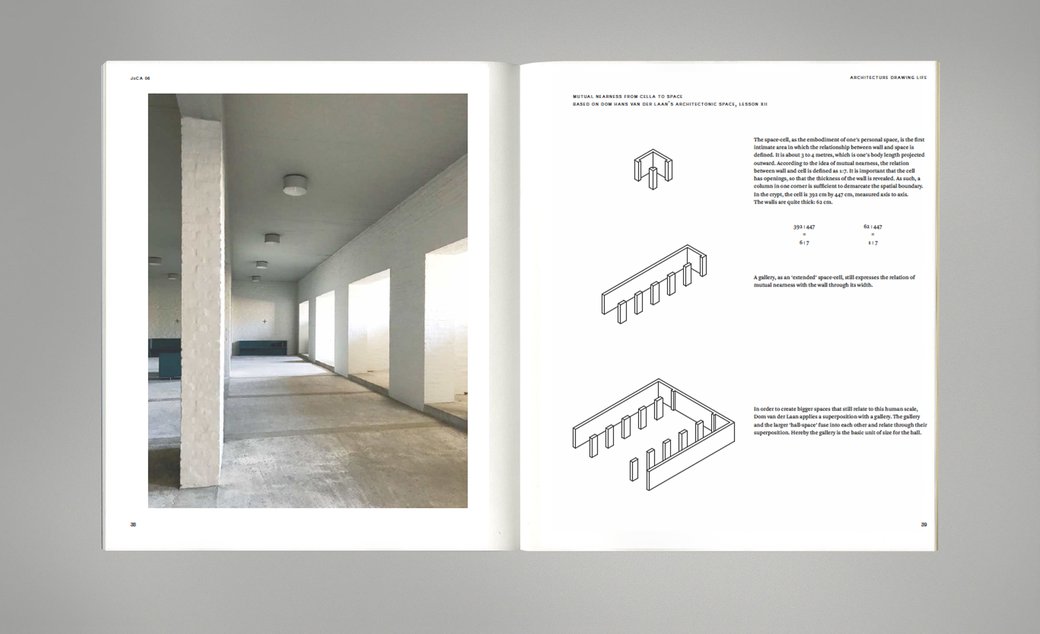 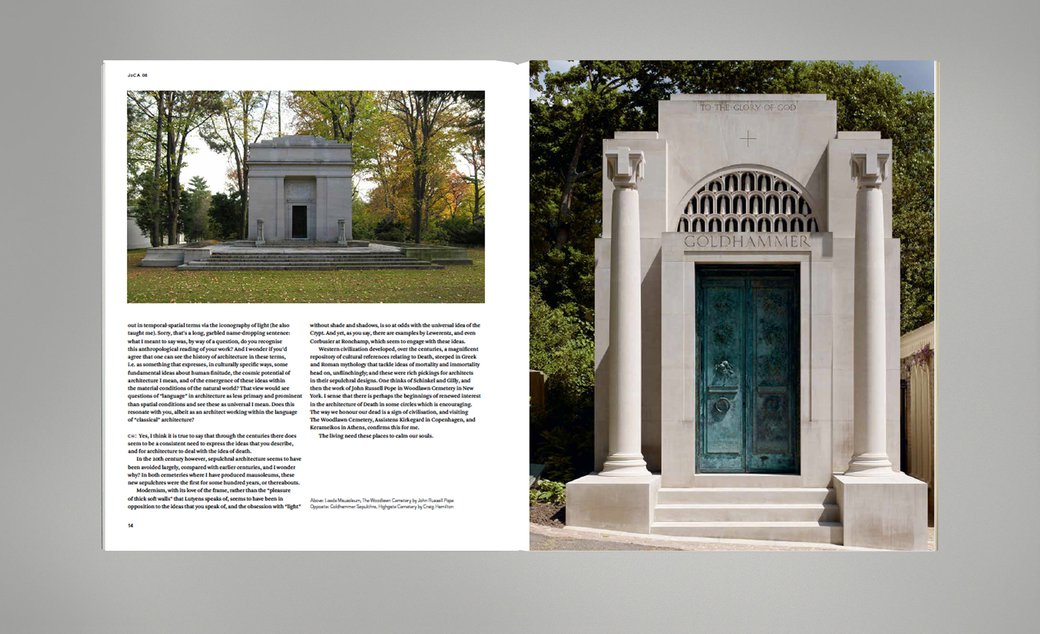 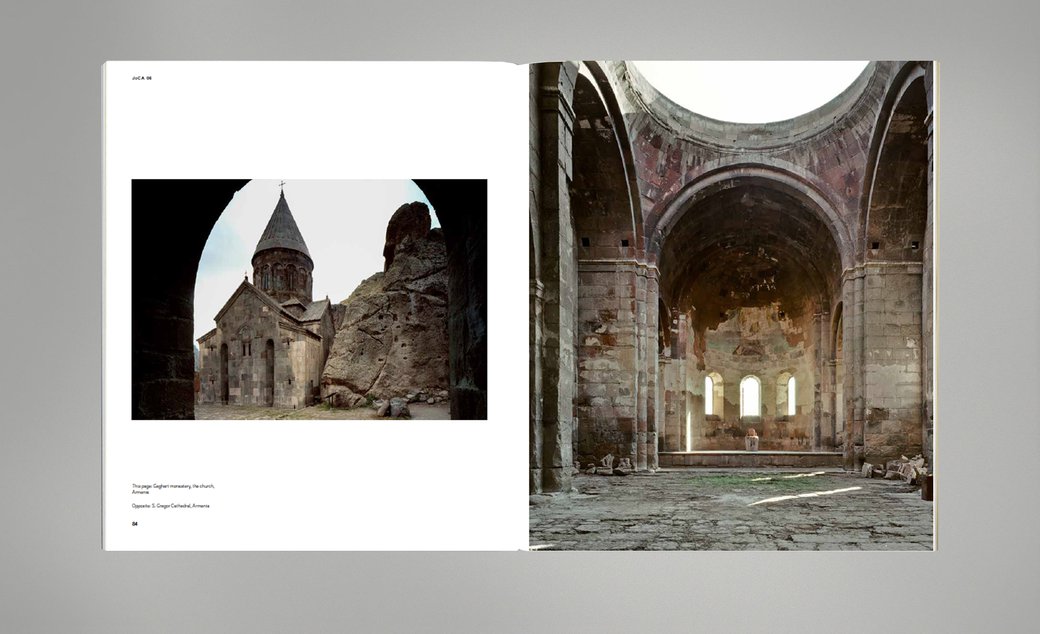 'When Le Corbusier described his work at St Marie du Haut in Ronchamp as “sacred” but not religious architecture, he expressed the typical dilemma of modern ontology: we recognise the signs and symbols of a sacred dimension to human existence, but do so like ethnographers or anthropologists of our own cultures—it’s not normally something we can altogether quite believe in ourselves. This ambivalence expresses itself in a certain religious mania for conservation on the one hand, and in the aesthetic diffidence of much modern design and architecture. Religious architecture is so explicitly functional, and so absolutely symbolic though, that the architectural imagination seems to succumb to the possibilities of shared meanings in myth: even if the architect’s conscious mind and ego rebels against such restrictive notions as tradition and explicit representation. Whilst Corbusier was an atheist—as a private person—he was agnostic about symbolism in architecture (to say the least), and his poems and paintings offer us a glimpse into an occult imagination: things otherwise somewhat disguised and obscured in his buildings and descriptions of them. Sigurd Lewerentz was similarly reticent in public discourse, although his architecture is anything but silent, as his client, the Reverend Dr Lars Ridderstedt’s testimony attests. Keith Murray’s and Robert Maguire’s exquisite St Paul’s in Bow, is similarly the fruit of a rich intellectual debate about the meaning of a church to modern people, and is an indication, like St Peter’s Klippan, of the profoundly poetic and civic dimension of 20th century church architecture. As Caroline Voet suggests, the rhythmic, geometric and material character of Hans van der Laan’s architecture transcends functionalist and technocratic ideologies. The “informal” mosques that Shahed Saleem has documented reveal the potential for The Sacred to emerge from within the humblest building types, as the expression of communal longing, cooperation and collective will.

In Grant Smith’s photographs you see how Christopher Wren sometimes wove his new churches into the medieval fabric of small streets in the City of London. Despite Wren’s attempts to create a modern, rational masterplan for London, the urban grain re-asserted itself after The Fire of London. In extreme contrast, mid-20th century road-engineering based urban design has cut the churches off almost completely from the cityscape, and thus from the processions, everyday and ritual movements of city life. Smith also reveals some more recent approaches to urbane Townscape compositions, and one can see some effort being made to think of the ensemble as a whole. However, in some cases, Mammon very clearly trumps St Augustine’s conception of a degree of reciprocity between The City of God and The City of Man. Craig Hamilton has concentrated his talent and his attention to date upon the cultivation of architecture, sculpture and liturgy as a form of profound cultural continuity: one based upon a vision of creative design practise as collaboration and interpretation. His imagination is grounded in the idea of architecture as a form of maternal scaffolding for the other arts, and it has flourished in the private chapels and funerary monuments shown here. Roz Barr’s lovely metal liturgical furniture recall the presence of the construction process of St Augustine’s Hammersmith—recalling the former presence of a little tin hut within the nave— suggesting the re-emergence of a fecund relationship between modernity and tradition today. In his essay ‘The Sacred is the Everyday’ (1968), the Belgian academic and critic (and ex- Jesuit) claimed that, “Reality is no longer separated into a divine, sacred zone and a profane one. It is no longer dominated from an absolute, monumental centre... The living environment in its complete totality has become ‘church’. The architect cannot help but build that church and begin the everyday heaven.” Such a task may seem obscure to us, yet Bekaert’s observation offers the memory at least of the possibility that architecture was, and can be, in its own humble-arrogant way—and in some wildly immodest sense—a form of vocation still today.'