Our proposals for the Fairbank Estate in Hoxton were presented at a public exhibition in March 2019. We met with local residents and the resident's association and showed design proposals for three new buildings to replace an existing 3 storey car park. The intention is establish a new mid-rise scale relating the existing very tall 1960s tower, Thaxted Court, to the surviving 19th century street pattern. A new landscape design by Muf architecture/art will replace the existing ramps and slopes around the car park structure, with a large number of new trees and play spaces, hard and soft surfaces. 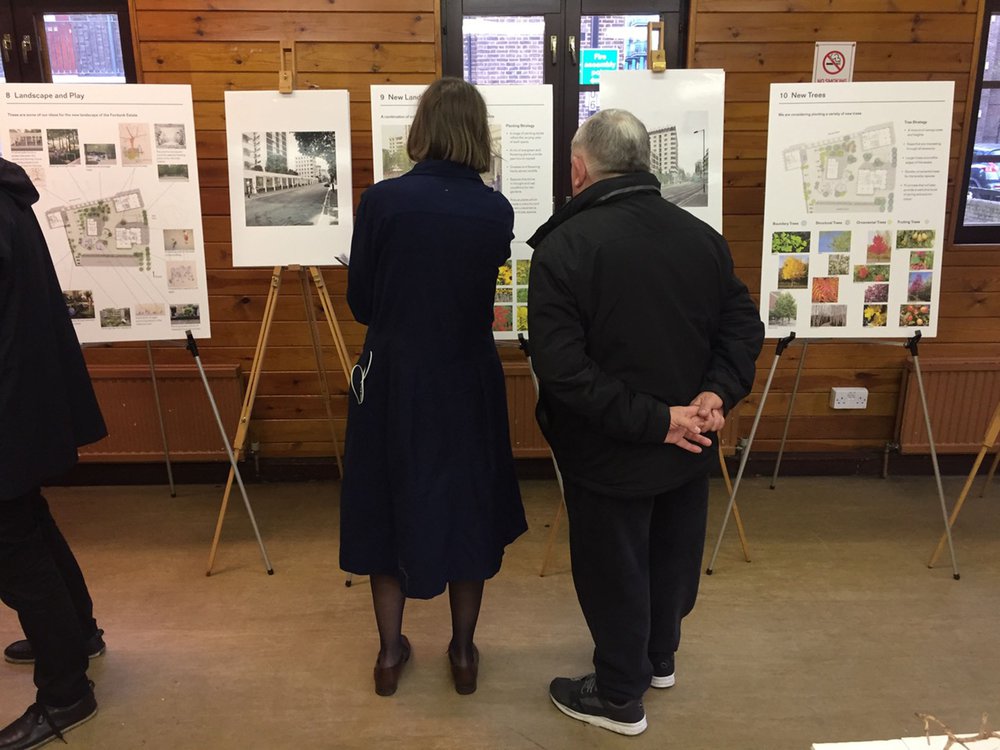